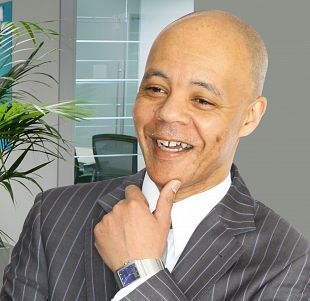 Sylvan joined Robert Lizar Solicitors in 2008 and has in excess of 20 years experience of Crown Court preparation. He has dealt with many high profile cases and in particular, offences of murder, serious drugs conspiracies, firearms offences, conspiracies to rob, importation of drugs and numerous gang related offences.

Client was charged with serious offences arising out of Operation Greengage which is described by Lancashire Police as the largest investigation into the importation of drugs, firearms and ammunition.

Complex Case - The evidence related to the use of vehicles, false compartments to transport drugs and guns, the movement of money across Europe, telephone taps in the Netherlands, covert observation and the use of patterns of telephone calls to establish conspiracy between 29 Defendants

Six men charged with murder arising out of the fatal shooting of a male in a nightclub in Bradford City Centre. Two of the six were represented. The Prosecution argued that there was only one gunman the others were acting altogether in a joint enterprise and all contributed to the commission of the offence and all Defendants should be held responsible for the fatal incident. All the Defendants would have faced mandatory life sentences. Applications were made to dismiss the case at the Old Bailey.

Client was charged with conspiracy to murder as part of the infamous Gooch Gang Trial. However, that charge was dismissed following an application to the trial Judge. The client was convicted of firearm offences – he received a sentence significantly lower than his co-defendants.

Client was charged with murdering two men in separate attacks in Greater Manchester within the space of four hours.

Client was charged with a series of Rapes (x5) and Attempt Rapes (x2) in one evening.

Client was charged with attempted murder after allegedly attacking two brothers with a hammer in a brutal attack during which a Staffordshire bull terrier was also stabbed and killed. The client was acquitted following a trial during which the co-defendant pleaded guilty. The client was acquitted on the basis of joint enterprise as he was totally unaware of what his co-defendant was about to do.

Client was charged with murder together with 12 other Defendants for a fatal stabbing in a Rochdale Nightclub. The stabbing was gang related.

Defendant was acquitted of the murder charge as were his co-defendants but was convicted of s18. This was a 4 month trial involving reviewing hundreds if not thousands of hours of CCTV to assist in the acquittal of the Defendant of murder.

A well known traveller who had been involved in a street fight with others from the travelling community, initially charged with serious wounding which was later reduced in seriousness after legal argument resulting in a non custodial sentence.

Client charged with historical rape on daughter 30 plus years ago. The client needed an intermediary as he had historic mental health problems dating back 25 years.

With the assistance of the intermediary the client was able to have a trial.

A group of travellers involved in brawl outside the Magistrates Court with a rival travelling family, all caught on CCTV.

They were initially charged with assault but charges were reduced following legal argument to enable each client to receive a non custodial sentence.

Client charged with importation of Class A Drugs with purity of 90% and a street value of £1.5 million.

This involved representing 5 Polish Nationals who were involved in the manufacture of amphetamine sulphate with a street value of £4 million pounds.

Case involved the Defendants being allowed to vacate their guilty pleas which had been made whilst they were clients of other solicitors and have a trial following which one of the Defendants was acquitted. This was a complex case involving covert observations from Poland, Germany and the use of patterns of telephone calls to establish a conspiracy between the 5 Defendants.

Client charged with Attempted Murder. It was alleged that the client had shot at a witness with the incident being captured on CCTV. However, under scrutiny of the CCTV the case was dismissed.

The Prosecution had to accept that whilst the Defendant was present his precise position meant it would have been impossible for him to have shot at the victim.

Client charged with sexual assault on young relative. Due to the client having a diagnosis of Huntington’s disease which predated the alleged offence 3 experts agreed that the prosecution should not go ahead. Not guilty verdict before trial.

Client charged with conspiracy to possess firearm with intent to endanger life, & conspiracy to supply class A & B drugs. Large scale operation conducted by Merseyside Police Matrix Unit involving 20 defendants. Numerous firearms discharged as a result of a conflict between 2 rival gangs.

Client charged with rape. The issue in case was consent. Client acquitted after full trial.