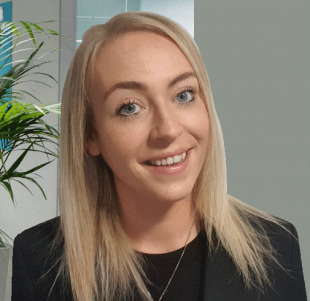 Since qualifying as a Solicitor, she has represented clients at all stages of the Magistrates’ Court and Youth Courts. Natasha has experience of representing clients who have been charged with all types of criminal offences, including public order offences, assaults including domestic violence, theft and motoring offences. Natasha regularly makes bail applications, representations on venue and pleas in mitigation.

Natasha has a reputation for her excellent client care and building a good rapport with clients. She is compassionate and dedicated to receiving good results at Court. She has experience of representing clients who suffer from mental health issues such as schizophrenia and vulnerable individuals with autism.

Natasha is a member of our dedicated team of accredited police station representatives and forms part of our 24 hours on call team, providing free and independent legal advice to those detained at the police station or those invited to a voluntary interview under caution with the police.

The Defendant was charged with kidnapping a female with the intention to rape her. CCTV footage had been obtained by the police and from a distance appeared to support the complainant’s version of events. Following the instruction of an expert to enhance the CCTV footage, this showed that the complainant’s account was, at least in part, false. The Defendant was acquittal after a trial.

Following his acquittal, the defendant applied for a DBS to resume his work as a taxi driver. The police wanted to disclose the allegation that was made, even though he had been acquitted by a jury following the trial. Successful representations were made and the allegation was not disclosed as part of the DBS application.

Trial involving 12 defendants jointly charged with serious sexual offences. Defendant charged with 7 counts, including the facilitation of child prostitution, sexual activity with a child, penetrative sexual activity with a child, two counts of rape and two counts of indecent assault. After a three-month trial the defendant was acquitted of the serious sexual offences and convicted of only the two less serious counts which carried a significantly lower sentencing range.

The defendant was charged with murder after a body had been found with a serious trauma to the head and multiple stab wounds. The Crown argued that the defendant was not suffering from an abnormality of the mind at the time the offence was committed. It was successfully established by the defence that in fact he was suffering from schizophrenia and was unfit to stand trial.

The defendant admitted possession of drugs with intent to supply them and was facing a lengthy custodial sentence. Expert evidence was obtained to assist with the defendant’s personal mitigation. He was suffering from issues with his mental health and gender identity. The Judge was persuaded that he could depart from the sentencing guidelines due to the mitigation advanced and an immediate custodial sentence was avoided.

The defendant was charged with committing an offence of common assault with the intention of raping the female involved. Successful representations were made to the Crown concerning the lack of evidence of the alleged intent. The most serious charge was consequently discontinued and the case was remitted back to the Magistrates’ Court to deal with the common assault.

Four young males were charged with cultivation of cannabis after being located by the police at a cannabis farm. Issues of modern slavery were advanced. The Crown discontinued the case and offered no evidence against the defendants.

The defendant was charged with a serious section 18 assault. Successful representations were made to the Crown and a guilty plea to a s.47 assault was accepted. The defendant managed to avoid a conviction for the serious assault, where the maximum sentence was life imprisonment. He was sentenced to 28 months imprisonment.

The defendant was autistic and suffered from serious behavioural issues. He was subject to a Community Protection Notice (CPN) and various breaches of that were alleged. This was alongside offences of threats to kill, indecent exposure and criminal damage. The defendant pleaded guilty to offences and was facing an immediate custodial sentence. The defence worked together with the courts and health care professionals to find a suitable supported living accommodation, enabling the Judge to impose a mental health treatment requirement thus avoiding a custodial sentence.

The defendant was accused of breaching his restraining order by sending a series of text messages to his ex-partner. He denied sending the messages and the matter was listed for trial. The complainant did attend the trial to give evidence and the Crown’s application to adjourn the trial was refused. The trial proceeded and the defendant was successfully acquitted.

The defendant was charged with common assault and making threats to kill. Following discussions with the Prosecutor on the day of trial, the Defendant pleaded guilty to the assault on a basis and the CPS offered no evidence on the other counts. The court were persuaded to impose a financial penalty only.