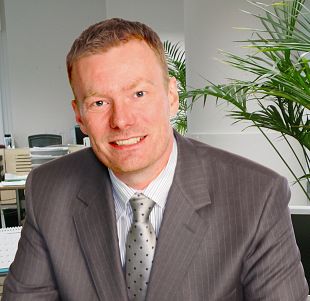 Adam joined the firm in 1994. From the outset his focus was upon Criminal Law and Complaints against the Police and he immediately adopted the firm’s ethos of representing every Client to the best of his ability.

He now manages the Criminal Department and in particular supervises the Crown Court and Complex Casework sections.

He has conduct of a number of particularly serious and high profile cases.

He ensured the firm obtained membership of the Legal Services Commission Very High Cost Case Panel and is a Category Supervisor for that type of complex casework. He is also a Fraud Supervisor for the purpose of that scheme. He is a member of the North West Fraud Forum which is a group of likeminded practitioners who share knowledge and experience with a view to improving the services they offer.

Having become Robert’s equity partner in 2007 Adam remains focused on the firm’s provision of quality legal services and also the firm’s continuing progress and business development.

Represented a Defendant prosecuted for Tax Fraud arising out of the alleged mis-use of Tax incentives available from Film Schemes following a lengthy HMRC investigation. Due to the size of the investigation the prosecution was split into a number of trials. The Client was found not guilty in both trials in which she appeared.

Represented one of 18 Defendants in a complex case involving the supply of multiple kilos of Class A & B drugs between Merseyside and Teesside. The case involved covert surveillance, encrypted PGP handsets, cell-site evidence, analysis of patterns of travel and calls, and expert valuations into drugs.

Represented a Defendant in a £multi-million pound conspiracy to supply 'legal-highs' across the globe via various websites involving complex international monetary payment systems.

Represented a Defendant in a conspiracy supplying multiple kilos of high quality cocaine across the Midlands, North-West and North-East of England.

Represented a main Defendant in this complex and long running conspiracy to cheat the revenue in a £multi-million fraud arising out of the Construction Industry Scheme (CIS).

Represented a Defendant in this Environment Agency Prosecution involving offences relating to the unlawful storage and disposal of hazardous substances on a commercial scale.

Represented one of several Defendants charged in a large scale drugs and money laundering conspiracy involving the sale of drugs across several counties across the South coast.

The client was found not guilty of conspiracy to import cocaine. This SOCA investigation involved the seizure of 40 kilos of cocaine located in a container of produce shipped from Ecuador via Rotterdam and into Tilsbury docks.

Money laundering charges dropped at trial following the service of an extremely thorough report obtained on behalf of the Client prepared by a Forensic Accountant on our instruction.

Represented one of several Defendant charged in connection with an international conspiracy to import substantial quantities of cocaine using private aircraft owned by the conspirators.

The Client was charged in Operation Slyness - an investigation into a complex Carousel Fraud.

The client faced serious charges relating to a large scale conspiracy to trade in red diesel, covering the UK mainland and Northern Ireland. He was acquitted on all charges following a six week trial

The Client was charged with serious offences arising out of 'Operation Greengage' described as Lancashire Constabulary's largest investigation into the importation of drugs, firearms and ammunition. This complex case involved evidence relating to the use of vehicles with false compartments to transport drugs and guns, the movement of money across borders, telephone 'taps' in the Netherlands, covert observations, and the use of patterns of telephone calls to establish a conspiracy between 25+ Defendants.

Six men were charged with murder arising out of the fatal shooting of the deceased in a night club in Bradford city centre. Adam represented two of the six. The Prosecution argued that whilst there was only one ‘gunman’ the others were all acting together in a ‘joint-enterprise’ and all contributed to the commission of the offence. The Prosecution argued that all Defendants should be held responsible for the fatal incident. If convicted each of the Defendants’ would have faced a mandatory life sentence. An initial application to dismiss the charges against the Clients was rejected by the trial Judge sitting at the Old Bailey. However, crucial evidence was obtained that served to undermine the key Prosecution witness. A renewed application was made to dismiss the charges against both Defendants at the half-way stage of the trial. This time the legal argument succeeded and the charges against both Defendants were dismissed.

The Client was originally charged with conspiracy to murder as part the infamous 'Gooch Gang' trial. However that charge was dismissed following an application to the Trial Judge and, whilst the Client was convicted of firearms offences, he received a sentence significantly lower than his coaccused. Appeal pending.

The client was charged with a series of armed robberies in South Manchester. The offender wore a balaclava on each occasion but on one CCTV still his face was partially exposed. The image was passed around Greater Manchester Police and the Client was supposedly identified by a Police Officer. He was arrested and interviewed at which time he provided a detailed alibi. However, he was identified on video identification parades by witnesses at two crime scenes. The Client was adamant he had been wrongly identified. Not only did Adam interview the Client’s alibi witnesses, he obtained specialist ‘cell-site’ evidence to pin-point the client’s mobile phone to the location of his alibi (and away from the crime scenes). He also obtained ‘facial-mapping’ and ‘body-mapping’ evidence. The leading UK (London-based) expert in facial mapping concluded that the Client was not the person who appeared on the CCTV due to subtle differences with the shape of his ear. This report, together with the helpful ‘cell-site’ report, were served on the Prosecution. After 10 months of insisting there was no doubt the Client was the ‘armed robber’ the Prosecution instructed their own expert who ended up agreeing with the Defence expert. The Prosecution formally offered no evidence against the Client and all charges were dropped.

It transpired that another person, who did look similar to the Client, was charged with a number of very similar robberies in the same area over the same period yet the Police had not disclosed that during the Client's own Court proceedings. The Firm represented the Client in the subsequent Police Complaint.

This client was charged in a complex conspiracy involving alleged fraudulent insurance claims arising out of vehicles which had already been written off and whose identities had been stolen. Whilst several co-accused entered guilty pleasthe Client maintained a not guilty plea and at trial the Prosecution decided to pursue the matters no further against the Client and the charges were ordered to ‘lie on file’.

The Client was charged with murder arising out of an incident during which he admittedly stabbed the deceased in the heart with a pocket knife. His defence was self-defence and it was argued that despite the seriousness of the deceased’s fatal injury, the Client’s actions were reasonable as the deceased was attacking him with a broken bottle. Witnesses confirmed the deceased was seen pursuing the Client whilst throwing bottles at him. Adam instructed an expert in glass manufacture to provide an opinion in relation to glass fragments recovered from the scene of the incident. This was key in establishing the deceased was holding a broken bottle at the point he confronted the Client. The Client was found not guilty of Murder and not guilty of manslaughter.

Adam describes this as his ‘baptism of fire’. The Client was suing the Chief Constable for damages arising out of the wrongful arrest, false imprisonment, assault, and malicious prosecution of the Client by the now disbanded and rather infamous ‘Serious Crime Squad’ in Birmingham. At the commencement of the trial the client chose to dispense with the services of his Barristers preferring to represent himself. The client did request that Adam remain to assist him with his case preparation and the many volumes of paperwork. Despite the Chief Constable instructing the Force Solicitor, Junior Counsel and QC to defend the Client’s claim the jury held in favour of the Client and damages were awarded.