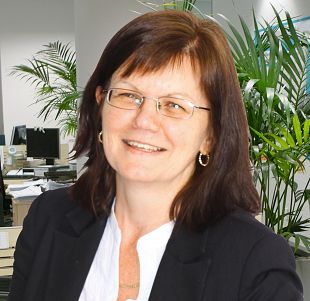 Carol has been a solicitor for 31 years and has extensive experience of a wide range of criminal defence work. She was a Partner at another leading criminal defence firm for 24 years before joining Robert Lizar’s in 2008

Carol has been a solicitor for 35 years and has extensive experience of criminal defence work. Prior to joining Robert Lizar in 2008, she was a Partner at another leading criminal defence firm for 24 years. She specialises in serious crime and has been involved in many high profile cases involving terrorism, murder, serious fraud, drug importation, gang-related offences and, of particular note, has had conduct of many cases involving serious sexual allegations.

Carol has been instructed in criminal cases where clients have mental heath issues and learning disabilities and is experienced in liaising with experts in these fields to provide a comprehensive service to clients who are considered vulnerable. In addition to preparing serious cases for Crown Court trial, Carol also appears in the Magistrates' Court and advises at the police station. She has been a duty solicitor since 1986 and is the team leader of Robert Lizar’s Crown Court department which is based in Moss Side.

The prosecution offered no evidence before the case went to trial in a multi-handed case of smuggling drugs and mobile phones into prison.

In a case involving complex digital evidence. the matter related to firearms and conspiracy to commit burglary and Carol secured an acquittal for her client on the firearms allegations. Further, she successfully negotiated a plea to a less serious charge on the conspiracy allegation resulting in a non-custodial sentence.

Carol acted for the defendants in a high profile multi-handed case which involved serious sexual offences and grooming of young girls for sexual purposes. The case was halted part way through and a not guilty verdict recorded.

A multi-handed drugs and firearm case involving evidence from an undercover police officer.

A multi-handed case of sexual grooming. The allegations were of a historical nature resulting in issues of evidence no longer being available. Following successful cross-examination of the complainant by Counsel, the prosecution offered no evidence and a not guilty verdict was entered.

Rape case allegedly involving date rape drugs. An expert for the defence was able to establish that there was no basis for this assertion by the prosecution.

Client charged with rape of his wife. Detailed investigations both in the UK and abroad revealed inconsistencies in the prosecution case which led to the case being dropped by the prosecution before the case went to trial.

Client charged with GBH where there were serious injuries. Client’s case was self defence. Expert evidence obtained by the defence supported hi s account over that of the complainant leading to an acquittal.

These were separate cases where both clients were charged with rape and the issue was consent.  Persistent enquires of the prosecution led to disclosure of material which significantly undermined the prosecution case leading to acquittals in both cases.

Case involved aggravated burglaries and burglaries at high value properties in the Cheshire countryside over a period of 12 months.  The prosecution case was painstakingly built up over a lengthy period of time and involved CCTV, Cell Site, ANPR and forensic footwear evidence. By careful analysis of the evidence including instruction of experts on behalf of the defence it was possible to limit the roles of the clients and thereby significantly reducing their sentences.

Client, who faced an allegation of murder, was found unfit to stand trial due to his mental health condition some years before. His doctors deemed that he had recovered sufficiently to now stand trial. There were complex mental health issues to deal with which eventually led to a guilty plea to manslaughter on the ground of diminished responsibility. The case eventually went to appeal on the issue of whether imprisonment or an order under the Mental Health Act was the appropriate disposal.

Clients charged with rape of a minor. The clients asserted consent and a belief that the minor was over the age of consent. The police withheld vital evidence from social media sites which supported the defence. Repeated and persistent requests to the prosecution to fulfil their duties of disclosure resulted in the material being made available and the charges being dropped.

Client charged with murder together with 5 other defendants after a bouncer was lured to his death following an incident in a night club. After detailed examination of the evidence an agreement was reached with the prosecution for the client to plead guilty to a less serious charge significantly reducing the time spent in custody.

Case involved preparation for terrorism. A large quantity of written material was seized when the client was arrested which the prosecution alleged was indicative of planning terrorist activity

Client charged with conspiracy to murder as part of ongoing gang rivalry in Sheffield. After careful analysis of a large volume of evidence it was possible to persuade the prosecution not to proceed with the case against the client.

A gang related case where there was a lengthy trial on charges of murder, possession of firearms and supplying drugs.  The case against the client was based on telephone evidence (use of cell site and attribution analysis) and the testimony of his former associates.

A large scale serious fraud case prosecuted by Revenue and Customs which involved a leading retailer in Manchester systematically defrauding the Inland Revenue in all areas of tax income. Client was an employee of the company caught up in the fraud perpetrated by his employers.

This was a high profile case involving the largest number of indecent images ever recovered from computers at the time. It involved instruction of an expert forensic computer analyst to challenge the prosecution evidence. This enabled the client to plead guilty to less serious charges resulting in a much reduced sentence

Client was charged with evasion of excise duty following the importation of a large quantity of tobacco. Duress was central to the defence. The subsequent confiscation proceedings were complex involving instruction of a forensic accountant.

A terrorist case where the client was charged with conspiracy to cause an explosion. Due to it’s sensitive nature the case was held entirely in camera. The client was found not guilty after a six week trial. The case involved complex forensic issues including instruction of experts in DNA and IED’s.

A multi handed, large scale drugs importation. The case involved complex public interest immunity issues and use of informants by the police. The case eventually went to a successful appeal based on the failure of the prosecution to disclose material relevant to the case in a timely fashion.

A lengthy murder trial involving a number of defendants following a fight in a pub. The client’s were eventually convicted on Manslaughter thereby avoiding a mandatory life sentence.